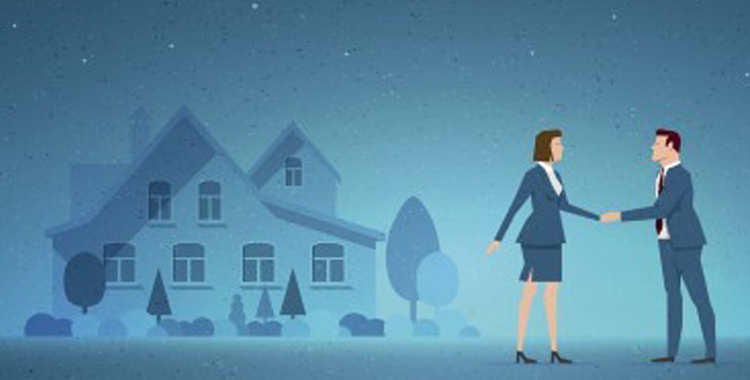 The first lesson I learnt in my Land Law Class is that Land is the only commodity that God has ceased creating. It is the only thing that man, throughout the history of invention, has not attempted to create. Land has become and continues to become a very scarce commodity. The ever increasing global population worsens the situation. The world’s population is now more than seven (7) billion and continues to grow by 83 million people per year. We should not forget the fact that land is a finite sphere and cannot endure infinite growth by any single species.
Let us come back home in Ghana! Throughout the history of this great country, wars have been fought and lives have been lost over ownership and control of land. Land litigation is common place in our Courts. Both Pre and Post-Colonial Governments have taken steps to streamline our land tenure systems and its antecedent regimes.
Particular praise must however go to the PNDC Government for taking drastic measures at revolutionalising the land sector. These attempts culminated in inter alia, the passage of the Land Title Registration Law in 1986.
This law also established the Land Title Registry. The functions of this registry include the keeping and maintenance of “an index arranged in alphabetical order of the names of the proprietors of land and interests in land, showing the numbers of the parcels of which they are proprietors or in which they hold interests”. This section in effect means that all parcels of all lands and their respective owners must be found in the register which is kept at the Registry.
But is this the case?
[1] PNDCL 152
[2] The Lands Commission Act of 2008 however transformed the Land Title Registry into the Land Registration Division of the Lands Commission.
[3] Section 1 (2) (e) of PNDCL 152

That certainly cannot be. The reasons are obvious. A lot of lands in this country are owned by Stools/ Skins, clans or families, which for the purpose of this discussion will be referred to as “Traditional Land Owners”. These traditional land owners trace their root of title to as far back as the days of Adam, when there were no governments nor Land Title Registries for that matter. Though their ownership and interest in land has not been registered as required by the law, these traditional land owners have been in possession of the lands and continue to alienate their interest in these lands by various means of conveyancing to prospective land owners.
Trouble Shooting!!!!!!!
All cannot be rosy. This is because, there have been and there continues to arise so many disputes over ownership of land between stools/skins, families and mostly individuals. This situation is often complicated by the fact that most people who are in possession of lands have not taken the pains to register their interest in the land at the Land Title Registry. Another scenario that accounts for land litigation is the fact that those who have registered title to the land, may not even be in possession, sometimes, not ever. By possession, I mean, physical occupation and control commensurate with the nature of the land. Hence, activities ranging from planting of pillars to mere cultivating of maize on the land could sufficiently pass for possession of land. Possession has recently being held to be 9/10th of the law on ownership to land.

WHAT THE LAW SAYS
Registering your interest in a land at the Land Title Registry is one means of proving ownership of land. Being in uninterrupted possession of land, even without registering your interest in same, is also a means of proving ownership of the land. Definitely when scenarios of “I have a registered title” Vrs “I have been in possession” arises,
[4] AKOTO V GYAMFI & ANOTHER [2005-2006] SCGLR 1018
[5] OSEI SUBSTITUTED BY GILARD V KORANG [2013-2014]1SCGRL 221 @ 234
both parties should resort to what the law says and how the courts have interpreted and applied these relevant laws.
Section 43 of the PNDCL 152 states that “the rights of a registered proprietor of land whether acquired on first registration or acquired subsequently for valuable consideration or by an order of a Court, shall be indefeasible and shall be held by the proprietor together with all privileges and appurtenances attaching thereto free from all other interests and claims whatsoever.” This literally means that once a person has registered an interest in the land, his or her title cannot be defeated. Prima facie, the one who says “I have a registered title” should win and the one who cries “I have been in possession” should loose.
But Ghana is a country of not only laws but also of equity. Equity, it is said follows the law but not slavishly neither can statute be used as a cloak to defraud. Hence where a slavish and literalist application of the law will lead to unjust and unfair consequences, the courts look to interpret the law to meet the ends of justice.
The law, through pronouncements of the Courts, has developed various solutions to land title registration problems with each solution depending on the particular facts of each case. Some of these are;

IN CONCLUSION
The land Registry does not undertake investigation of title for parties. The registration does not import a state guaranteed title. Section 43 of the Land Title Registry Act, did not abolish the equitable doctrines of notices and fraud. Hence next time you seek to buy a land or a property on a piece of land; do not be satisfied with the fact that there are Land title documents in the name of your grantor or seller. Make sure that you find out who is in possession, which is if the property is physically occupied by a third party or there are physical indication of ownership which are inconsistent with the title of your grantor. If the property is not physically occupied, satisfy yourself that there is no contrary interest in the land which has been registered in the name of another person. Above all, seek the services of a lawyer. As a buyer, beware you are buying land and not litigation.