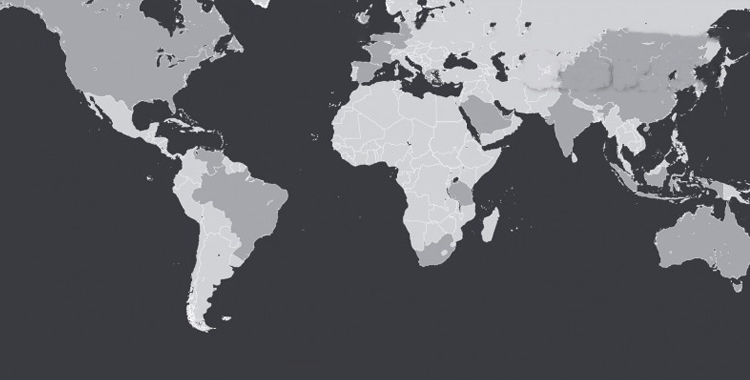 DIVERSITY IN INTERNATIONAL ARBITRATION: RECOGNISING THE DEVELOPMENT OF “ARBITRATION CONSCIOUSNESS” IN AFRICA

African Countries have always played a part in international commerce. History has it that civilization started in Africa. The shores of Africa have been the hub for international trade since trading begun; international commerce hence is no stranger to Africa. According to data by the World Bank, a large chunk of the GDP of African Countries can be attributed to international trade and investments. Africa currently
1 By Bobby Banson, ESQ, MCIArb.  The author is a Lead Consultant with Smith & Adelaide Law, a boutique Law firm in Accra, Ghana with interest in in International Commercial Arbitration.
2 http://data.worldbank.org/indicator/NE.TRD.GNFS.ZS
receives about four percent (4%) of foreign direct investment. This is set to increase in the next decade.
Research shows African Countries have been dragged before many an international arbitration center as compared to other countries with the exception of South America.
With the growth of international commercial relations between countries and individuals, there is a need for treaties and agreements to protect  not only the sovereignty of the state, but the interest of the private individuals and corporations involved. In his article titled “International Investment Law and Arbitration: A Conceptual Framework”, Robert Howsementions that the use of international law to protect the interests of foreign investors started in the 19th century when capital exporting countries sought to use the customary law of diplomatic protection of foreigners primarily against states in the global South.
Where there is an agreement, the possibility of a breach is real. In international commerce, the question in cases of a breach, very often is, “what is the proper forum for the settlement of disputes and issues that may arise out of an international commercial transaction?” As an attempt to balance the interest of both parties, most scholars agree that the proper forum would be one that is neutral: a forum in neither party’s state nor country. It is for this reason that international commercial arbitration has gained permanency in the international legal system – as a means of ensuring a fair and neutral forum for the settlement and resolution of issues. The correlation between international investment and international arbitration cannot therefore be over emphasized.
3 The African Investment Report 2016
4 See the International Center for Settlement of Investment Dispute (ICSID) Caseload Statistics (2016) which indicated that 23% of all cases related to investment in Africa, second only to South America which had 24% of the cases.
5 Robert Howse is a Lloyd C. Nelson Professor of International Law at NYU School of Law

In its 2014 Statistical Report, the International Chamber of Commerce (ICC) noted that 113 parties from sub-Saharan Africa were involved in ICC arbitrations in 2014. In its 2013 Statistics, the London Center for International Arbitration (LCIA) registered almost twice as many arbitrations involving African parties as it did in 2012. Nonetheless, there remains the problem of diversity. Africans have little to no option than to bring their issues before a “non-African” counterpart with little experience on African culture and the role it plays in interpreting international commercial treaties and agreements. This creates an unconscious bias against Africa and goes against the interests of justice. U. Ewelukwa Ofodile notes this bias stating that approximately 20 persons are appointed as arbitrators from Sub-Saharan Africa by the ICSID, as compares to a staggering number of 220 Appointees Western Europe. This is affirmed by a survey conducted by Bryan Cave Leighton Paisner LLP. According to the survey, entirely non Anglo-European tribunals arbitrated only 4% of the international commercial arbitration cases. The survey also showed that, 80% of respondents thought that tribunals contained too many white arbitrators, 84% thought that there were too many men and 64% felt that there were too many arbitrators from Western Europe or North America. Recent reported statistics on ICSID arbitrations show that although the percentage has increased, the appointees have been from South and Central America, the Caribbean, Middle East, Asia Pacific and Eastern Europe, but not Africa.
With the stake that African Countries have on international investment and by extension, international commercial arbitration, it is feasible to expect that Africans would play a major role in international arbitrations either as Advocates or as Arbitrators; however, the statistics available to us prove otherwise.
6 Ewelukwa Ofodile, Africa and International Arbitration: From Accommodation and Acceptance to Active Engagement, Transnational Dispute Management (TDM), TDM/Abitral Women special on “Dealing with Diversity in International Arbitration” July 2015
7 Bryan Cave Leighton Paisner LLP is global law firm with more than 1,600 highly skilled lawyers and over 20 offices worldwide.
8  http://www.ciarb.org/news/ciarb-news/news-detail/features/2017/02/03/icsid-improvements-in-diversity
This occurrence as expressed by the concerns of some, is more than likely to create a narrow minded doctrine intolerant of the peculiar cultures and experience of the average African state or individual.

In spite of the strong growth in caseload involving Africans however, it is quite interesting that few of the arbitrators nominated to hear the disputes are Africans. This though in an attempt to ensure fairness and provide against unfair bias towards Africans has ironically left Africans unprotected as compared to their counterparts from other countries.
In 2014, only 17 arbitrators from Africa (including North African countries) were appointed to ICC arbitral tribunals – less than 1 per cent of the total arbitrators named that year. Figures are similar in investment arbitration – only 40 out of the 981 arbitrators nominated by States to the ICSID panel (i.e. 4%) have an African nationality. Amongst them, the great majority has never been appointed to sit on an arbitral tribunal. Further, the 2015 Chambers and Partners ‘Most in Demand Arbitrators – Global Wide’ does not mention a single African-national arbitrator.
In a recent statistical report by the ICSID, the number of African Arbitrators appointed formed only 5% percent out of 131 cases submitted in which an African was a party to the proceedings.
9  Social Capital in the Arbitration Market, EJIL (2014), Vol 25 No. 2, 387, quoted in G. Carmichael Lemaire, Achieving Gender Diversity for Future Generations in Appointments to International Commercial Arbitration Tribunals – A Focus on Scotland, TDM, July 2015.10  Development in African
10 Arbitration by Michael Ostrove, Ben Sanderson and Andrea Lanpuzina (2016)
11 This was the ICSID CASELOAD – STATISTICS SPECIAL FOCUS (AFRICA) REPORT for April 2016.https://icsid.worldbank.org/en/Documents/resources/ICSID%20Web%20Stats%20Africa%20(English)%20June%203%202016%20Final.pdf
Additionally, according to statistics provided by the World Bank, only about 10% of the Arbitrators appointed in 2017 were from Africa, in contradistinction to their European mates that made up for about 50% of the appointees.
This trend can be attributed to many factors including the following:

Recent developments across the African continent show promise of a change in this narrative. Many African countries are reforming their legal regimes to recognize arbitration as viable option to litigation in settling disputes. Countries like Kenya,
12 https://icsid.worldbank.org/en/Documents/resources/ICSID%20Web%20Stats%202018-1(English).pdf
13 Collins Namachanja, “The Challenges facing Arbitral in Africa” pg 8
14 ibid pg 15
See also KwadwoSarkodie, ‘International Arbitration in the Sub-Saharan African Context’ (Mayer Brown 2014).
15  As at April 2018, 36 African countries were signatories to the New York Convention
Source: http://www.newyorkconvention.org/countries
Mauritius, Egypt, South Africa, Ghana and Nigeria have over the years reformed their dispute resolution frameworks to include arbitration and mediation. These countries have also developed institutions to administer arbitration and mediation proceedings. There are currently over 70 Arbitration centers established across Africa. Admittedly, there is a wide gap between African countries and their European counterparts. African countries understandably have a longer way to go to bring their regimes to the standards of the arbitration regimes in the more developed countries. With the concerted efforts to promote arbitration in Africa, it will not be long before the African regimes on international arbitration gain international recognition and acceptance.

D. THE FUTURE OF ARBIRTATION IN AFRICA: THE WAY FORWARD

With the increase in the need for diversity on the international commercial plane, it is important that few recommendations and suggestions are made towards this end.
Firstly, African countries can promote arbitration alongside tourism, otherwise known as Arbi-tourism. This would boost confidence in Africa as a seat of arbitration and in turn open up job avenues for African arbitrators. The use of arbi-tourism will encourage the inflow of investors and disabuse the notion and perception that Africa is politically unstable present in the minds of many. As a result, more investors would be less opposed to appointing Africans as arbitrators and in the alternative, Africa as the seat of arbitration.

Additionally, a quota system could be introduced to ensure the presence of at least one African arbitrator in all arbitrations involving an African country. This quota could be made to cover both the panel of arbitrators and the representation of the parties.
To ensure increased adversity in international arbitration, it is essential that more avenues are made open to Africa by the Chartered Institute of Arbitrators (CIArb). The
16 http://www.arbitration-icca.org/media/7/14403606533411/list_of_arbitration_institutions_in_africa_-_emilia.pdf
CIArb is an international center that supports the promotion, facilitation and development of alternative dispute resolution worldwide. As part of promoting alternative dispute resolution and diversity, the CIArb should invest more resources into providing educational assistance and training to African arbitrators. The CIArb could also organize more programs and conferences in Africa to increase awareness. In addition, the CIArb could offer internship programs for young African arbitrators at their various offices; this would create international exposure for young African arbitrators.